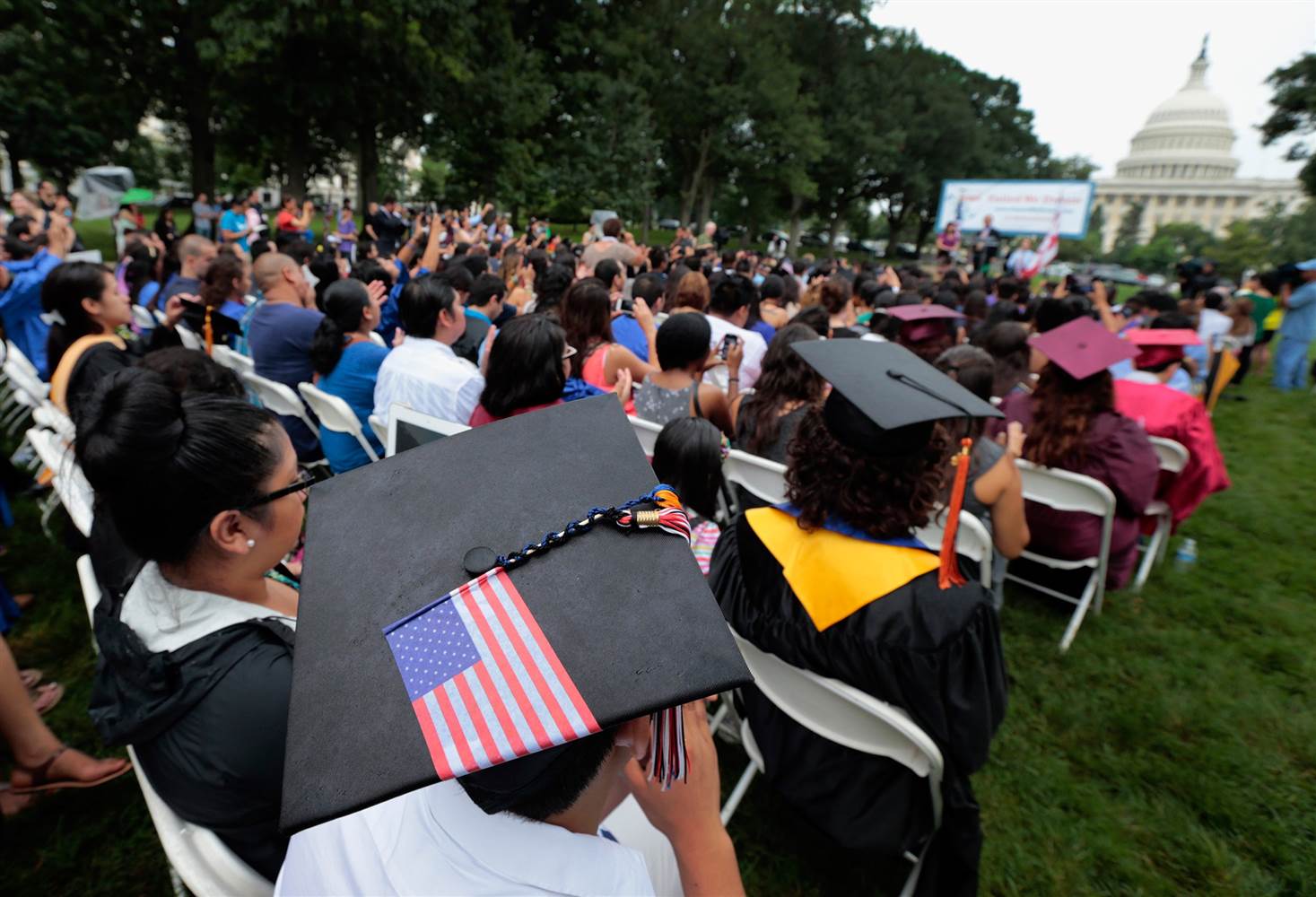 Organizations will partner to protect immigrant communities from deportation & harassment
WASHINGTON, D.C. – November 16, 2016 – Voto Latino, the leading non-profit organization empowering American Latino millennials by engaging them through civic media and United We Dream, the largest immigrant youth-led network in the country will join efforts in organizing youth across the country to protect immigrants and their families from deportation by training young people about their rights, creating sanctuary college campuses and creating a welcoming climate of tolerance.
“Donald Trump began his campaign disparaging immigrants, calling for mass deportations, and now has confirmed his plans to immediately deport 2-3 million people,” said Maria Teresa Kumar, President and CEO of Voto Latino. “We call on all young people to organize with us in our college campuses and on social media in our community’s fight for justice and dignity, to keep our community informed and to provide immigrant youth and their families protection from deportation and separation.”
Cristina Jimenez, Executive Director and co-founder of United We Dream said, “We are working together to keep immigrants and refugees safe on college campuses, in high schools, in our cities, states and other institutions. We call on all people to form a multi-racial movement to defend people against racial profiling, harassment and deportation. Tonight, over seven hundred educators will join us on a call to learn how they can create sanctuary campuses, today we launched a nationwide petition to mayors to create sanctuary cities and this is just the beginning.”

About Voto Latino
Voto Latino is a pioneering civic media organization that seeks to transform America by recognizing Latinos’ innate leadership. Through innovative digital campaigns, pop culture, and grassroots voices, we provide culturally relevant programs that engage, educate and empower Latinos to be agents of change. Together, we aim to build a stronger and more inclusive democracy. To learn more about Voto Latino, visitwww.VotoLatino.org. Also engage Voto Latino on Facebook atwww.FB.com/VotoLatino, on Twitter atwww.twitter.com/VotoLatino, and on Instagram atwww.instagram.com/VotoLatino
United We Dream is the largest immigrant youth-led organization in the nation, a powerful nonpartisan network made up of 55 affiliate organizations in 26 states. UWD organizes and advocates for the dignity and fair treatment of immigrant youth and families, regardless of immigration status. We seek to address the inequities and obstacles faced by immigrant youth and believe that by empowering immigrant youth, we can advance the cause of the entire community—justice for all immigrants.  You can find more about UWD online atwww.unitedwedream.org.