With concern, human rights authorities met in Washington, D.C. to discuss the human cost of the world sports. With the participation of organizations as Human Rights Watch, Amnesty International, The McCain Institute for International Leadership, Open Society Foundations and Freedom House, the event worked as a scenario to expose real problems that have been occurring repeatedly.

“We are one month away from the games and it [Rio] is more unequal and more violent than ever “, said Pedro Abramovay who is the director of the Latin America Program of the Open Society Foundation. History has shown us that governments fight to get the bid for large-scale events such as the World Cup and Olympic Games. With the international recognition of these games, politicians often are forced to hide the damages to their economies and human rights violations to improve the image of their country.

One of the better-known controversies started in 2001 when China won the bid for the 2008 Olympics.  The win was contingent on promises of the improvement of human rights for the Chinese people, and none of it seemed to have happened. Minky Worden, Director of Global Initiatives Human Rights Watch, exposed that reality was far from what it was supposed to be, “Instead of the promised human rights improvements and press freedom, when twenty-five thousand journalists arrived in Beijing in 2008, the great firewall [internet firewall] was up. Instead of the promised labor right improvement, six migrant-workers [had] died building the Bird’s Nest, a single stadium alone. Instead of property rights, a number of people were forced out or bulldozed from their homes to make way for the stadiums.”.

These organizations can do little more to help that to identify the problems. The goals for the participants in the forum are based on prevention more than solutions. What is clear, as Worden said, is that “there shouldn’t be a double standard for human rights abusers where they get away. It’s playground rules; you have to play by the rules or you don’t get to be the host”. 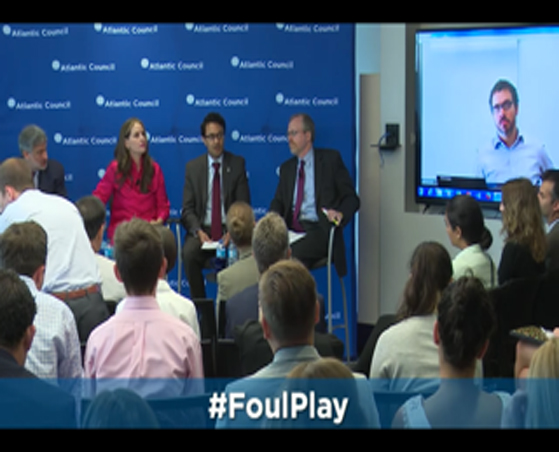