Wednesday October 17th, 2018 –Bianca Romero’s displays her new work, a mixed media mural that visualizes the Beam Suntory international influence. Romero was commissioned to create  a 1,000 square feet mural using  collage, wheat paste, acrylic and spray paint, to visualize a journey around the world, that takes viewers from JFK Airport, to Japan, Mexico, France, and back to the states.

Japan, France, Mexico and America are all represented in the mural, with each cultural stop there is a correlation to a specific liquor brand. Each of these stops are all brought to life through aspects like silhouettes of the bottles, collaged nightlife scenes, and abstract landmarks from around the world.

“My mediums have always been heavily influenced by my upbringing.” said artist Bianca Romero. “Growing up in both New York City and Connecticut, as well as being half South Korean and half Spanish, with both parents being designers and artists.. I am very excited to create such a large scale mural based in my hometown where I take the viewers all over the world.. .”

Art lovers will be able to see this mural at Five Towns Wines in Queens, NY located at 601 Burnside Ave, Inwood, NY

Bianca has a strong background in creative experiential marketing/production, creative branding, and event production. She’s worked at Livestream (world’s leading live-video streaming platform) building the company culture and curating art exhibitions and concerts at its headquarters & venue space. Previously she worked at an award winning experiential branding and marketing agency, where she managed and produced event marketing campaigns for Diageo Brands (Guinness and Smirnoff) including events at SXSW and Winter Music Conference (WMC) surrounding the first televised DJ reality competition, Master of the Mix, on VH1. Additional brands included Don Julio, EFFEN Vodka, Leo Burnett, Courvoisier, and more. Prior to this, she worked at a leading youth marketing and media agency where she was planning and buying media campaigns for high-end brands such as Cartier, Emirates Airlines, Vitamin Water, Victoria’s Secret, AXE and Comedy Central. As an artist, Bianca has exhibited at galleries in New York City, Philadelphia, and Miami. Her unique style of mixed media is a nod to street art with influences of graphic design. Her art includes layers of wheatpaste collage, acrylic, spray paint, and a style she invented using hand cut paper.

You can find her work at www.biancaromero.com, and on her instagram @BiancaDoesNYC. 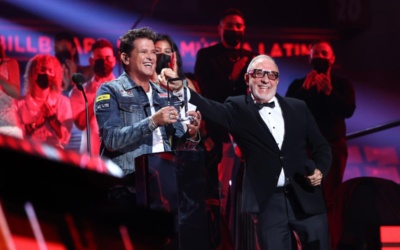 The mission that changes everything begins…#notimetodie

In No Time To Die, Bond has left active service and is enjoying a tranquil life in Jamaica. His peace is short-lived when his old friend Felix Leiter from the CIA turns up asking for help. The mission to rescue a kidnapped scientist turns out to...